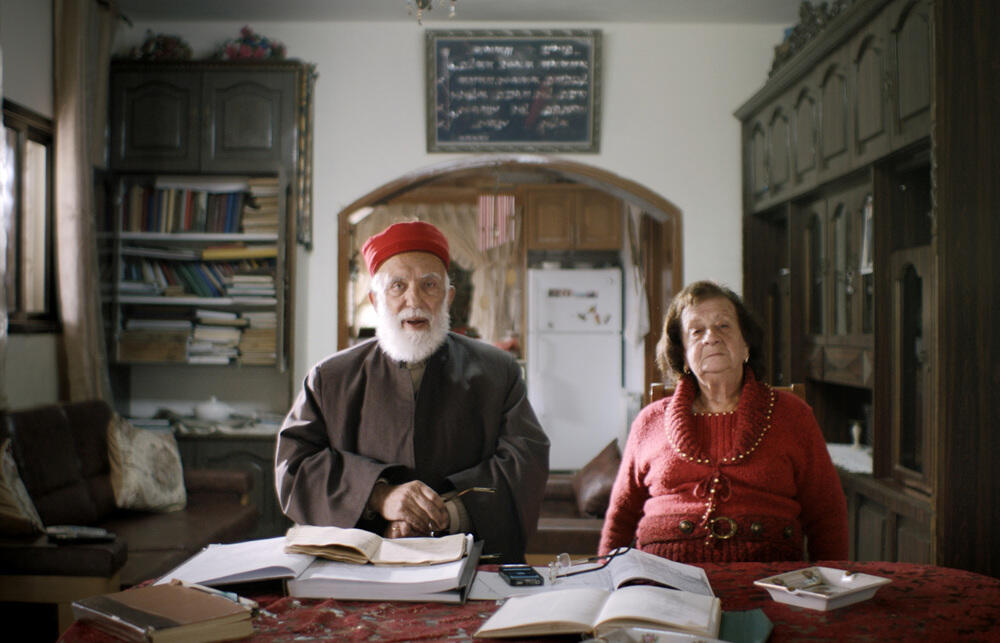 A Magical Substance Flows Into Me, 2020.

A Magical Substance Flows Into Me, 2016.

A magical substance flows into me opens with a crackling audio recording of the voice of Dr. Robert Lachmann, an enigmatic Jewish-German ethnomusicologist who emigrated to Palestine in the 1930s. While Lachmann was trying to establish an archive and department of Oriental music at the Hebrew University, he created a radio program for the Palestine Broadcasting Service called "Oriental Music." He would invite members from different communities to perform their folk music. During the film, Manna follows in Lachmann's footsteps and visits Kurdish, Moroccan, Yemeni Jews, Samaritans, urban and rural Palestinian communities, Bedouins, and Coptic Christians, as they exist today within the geographical space of historic Palestine. Manna engages them in conversation around their music while lingering over its history and the current, sometimes endangered state. The clip between these encounters with musicians is a series of vignettes of the artist's interactions with her parents in the family home. In a metaphorical excavation of an infinitely contentious story, the film's focus includes the complexity built into the language, as well as the lust and the sound set against the notion of the impossible.

Within the one-dimensional ideas of Palestine / Israel, this impossibility itself becomes a trope that defines the Palestinian landscape.

Manna is a visual artist who works primarily with film and sculpture. Her work explores how power is articulated through relationships, often focusing on body and materiality concerning stories of nationalism and stories about the place. Manna was born and raised in Jerusalem and is based in Berlin. She took her BA at the Oslo Academy of Fine Arts and has since been based in Norway.

This just in: Sandra Mujinga